King of Kings 3 is f2p mmorpg from Gamigo that is worthy of our attention. It’s a different experience and every mmo fan should give it a try. Here’s the overview for it and some of its features.

King of Kings 3 is a free-to-play 3D online role-playing game (MMORPG) with an emphasis on PvP and RvR. Discover a medieval fantasy world, splintered into seven unstable enemy realms after many long years of bitter war.
Join one of these realms and create your own destiny. Found a guild with your friends and wage bitter war against other guilds. With your legions by your side, you can create a kingdom of your own. Conquer enemy armies to become the King of Kings!

Choose one of the three wildly different basic classes and develop your character during the course of the game to one of the nine specialized classes. Best your opponents in close combat as a mighty warrior, unleash the power of the elements on your enemies as a mage, or become a wise cleric who is following the path of the gods and drawing strength from them. Each different class offers a different way of playing the game and has its own unique skills.

Follow the exciting series of quests that accompanies you throughout the entire game. Complete a variety of tasks to develop your character and earn valuable items and gold. Not in the mood to go looking for NPCs, places, and monsters all the time? Click on important destinations in your quest log or on the map to move your character there. The game will choose the fastest path there, although it may not be the safest.

You can build your own house and expand it from a sparsely decorated log cabin to a richly ornamented palace. Each piece of furniture will help make your house a home. You can even join with friends to design and build your own town. Collect taxes to complete building projects, watch your city thrive and prosper, and rule your subjects with an iron fist or a friendly hand.

Whether it’s a dual against an opponent in the town, a hold-up of enemy players who are transporting valuable goods, or the invasion of a foreign kingdom with an entire army, combat between players takes centre stage in King of Kings 3. Brave warriors can earn titles, valuable rewards, and make their name know in the entire world of Tangramia. The mechanics of the game ensures that you only have to report for battle when you feel ready for it.

Found your own kingdom

As a member of a strong alliance, you have a chance to take your destiny into your own hands. Confront the demons and fight your way through the sweat, blood, and tears to the top. Your efforts will be rewarded greatly! As the ruler of your own kingdom, a world of new possibilities will open up to you and you will see the world in an entirely different way.

Take advantage of the many possibilities to collect materials to create powerful weapons and armour and even to build entire buildings that will help you on your adventures in King of Kings 3. You can use them for your own character or sell them to other players. Setting up a peddler stall in one of the towns to display your wares for sale for others to see is just one of the many ways to trade.

If you’re not in the mood for a fight, you’ll find a bit of distraction playing one of the many minigames. From fishing to dancing, all the way to the ever-popular Whack-A-Mole and the challenging quiz, the possibilities are almost endless. As a reward you will receive special items, experience, and coins as well as glory in the entire world of Tangramia.

In King of Kings 3, there are two types of loyal companions to join you on your adventures and become stronger by doing so. There is the imamu, a small fairy who accompanies you from birth and can fulfil all sorts of useful little tasks. There are also a few different mounts you can acquire that will accompany you in battle as well as on your journeys. They also grow and become stronger as they see more of the world. 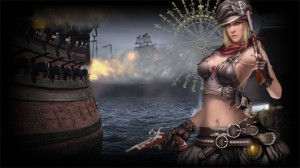 Bounty Bay Online is a free 2 play MMORPG that takes place in the world of pirates. The game when first appeared on market in 2007 was the first ever

There is no secret: Rovio scored with Angry Birds , originally released IOS game (and later for all platforms, from Android phones and tablets, through the PlayStation Portable and PlayStation 3 and