War of Angels is a 3D Fantasy MMORPG that mixes elements from both Eastern and Western games. Both graphically and gameplay wise. Perhaps the game’s most innovative feature is its town building system – where players who conquer towns can build and better manage them. Like most other MMORPGs – players have access to both a large variety of pets and mounts as well as a large arsenal of skills and spells. Unlike most MMORPGs that limit gameplay to land only – players in War of Angels are free to explore and fight enemies on land, under water and even in the sky.

Choose which of the four available character classes your character will belong to and explore the world of War of Angels.You decide whether you are one of the good guys or one of the bad ones.Immerse yourself in a world of highly-detailed graphics with a unique look that combines Western conventions with an Asian flair.There is no limit on how to strategize and perfect your skills in the art of war. Any skilled warrior can earn their wings and take their battles to the skies. Show your opponents that you’re not afraid of conflict! Take off and become a warring angel.
You can choose one of four classes in War of Angels
Mage
The mage is an invaluable ally to have on your side. A mage can heal his companions and use his magic powers to fight dangerous enemies. His powerful spells rain destruction on the enemy from far away and thus pave the way to new adventures for him and his companions.
Rogue
Silent as a fox, the rogue sneaks up on enemies from behind and defeats them before they even have a chance to attempt a counter-attack. The rogue is cunning, fast, and loyal only to his companions. You’ve got a friend in him – well, a friend that is looking out for his own interests first and foremost, but a friend who’s there when you need one.
Ranger
The ranger is an excellent marksman and his agility and unusually keen instincts make him a loyal and important ally. He can recognize an enemy from far away and makes sure that the group never loses hope, even if the situation might appear hopeless. His warrior spirit and steadfast optimism will eventually cast a spell over everyone.
Fighter
A fighter must be strong and brave. He has a number of weapons and does not hesitate to use them if he or his companions are threatened. He steps in to protect them and won’t leave anyone behind. An alliance won’t get very far without a fighter on their side.

• Highly-defined 3D graphics
• Fight in the air, under water, and on land
• Individualized character development
• Four classes to choose from
• Class specialisation at a certain Level
• Choose between good and evil
• Numerous PvE and PvP features
• Extensive quests for single players and parties
• Guilds 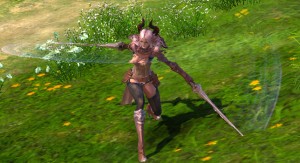 A few days ago i posted an article about the update that will hit T.E.R.A. (KR) on 17 march. Today, NHN has specially posted a complete introduction to TERA’s political system. As i sad in

Kabod Online …the much disscused free 2 play Adult MMORPG is now in open beta. For the Us gamers Open Beta started yesterday and in Uk and Europe today. They 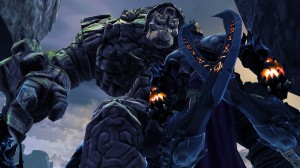 Finally, Darksiders 2 has an exact launch date. Although I knew that it would launch sometime in June 2012, I did not know the exact date yet, but the company THQ has recently announced that the