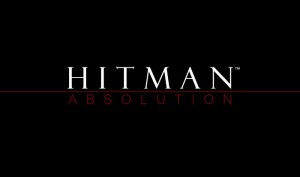 I start this article by saying that to me Hitman series is one of those series of games where I spent more time unhealthy, Agent 47 adventure taking me in front of the PC at least 100 hours.

After almost 6 years of hiding will return to our screens in a new game called Hitman Absolution.

Guys at IO Interactive have given too many details about the story of this game but many have said before, events will take place after the Blood Money Agent 47 and, after a treacherous, will come to be banished from the agency of assassins which was part and be hunted by police. So you grab the most difficult of his life contract, a contract involving the murder of Daiana Burnwood, the person who made that assassin. The producers said that will be more personal experience, this time our baldness being in the spotlight.

The game is developed on a new proprietary graphics engine called “Glacier 2″. It was built by IO Interactive to better mold the new Hitman needs, offering both a pleasant graphic detail and a greater degree of realism and interaction. AI will have only two functions, one to patrol and shoot yourself when you see, it will behave much closer to that of two real people. For example the police will not shoot you in the first second they see you but they will tell you to stop or when you take a hostage they will begging to release it. To fight 47 enemies you could use statues, wires ripped from the wall and about any other blunt object in the environment.

The soundtrack is made by Peter Pate and Peter Kyed and will be delivered by a highly advanced organic music. So if you play in a more violent, with more action, you get more rock while if you sneak more, music will support this.

In terms of game mechanics Hitman Absolution will be a mixture of old and new. The most important additions will be a stealth system similar to that of a Deus Ex Human Revolution “Instinct Mode” that will help you to see enemies through walls all the way you will go. But instinct can not be used indefinitely but a short time after that you have to wait to recharge. Also, as in previous games, you can disguise other clothes but this time you can do different actions to resemble the one where you dressed like beware of enemies with hand placed on the front.

That said, I can not wait June launch of the new Hitman and probably I will not be disappointed. What do you think? 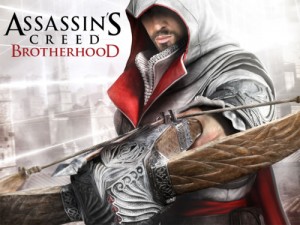 Assassins Creed Brotherhood it’s one of my favorite titles I played in 2010. The awesome graphics, the great story, the huge environment  will bring you an unique 20+ hours of 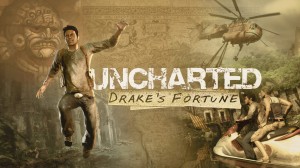 Uncharted: Drake’s Fortune Years ago, when I got my first PS3 there where way to few games on the market for it…actually if I stay for a second and think